Lots of exciting news for the next few months since a lot of my favorite bands have been working and planning new releases and upcoming tours! Let’s start off with some classic southern rock n’ roll sound and Blackberry Smoke. They are about to release their next album in April “Find a light”, and they already announced their European tour dates. They are visiting Sweden on the 23rd of October in Cirkus – Stockhom and the 24th in Pustervik – Gothenburg. Tickets are on sale March 14th via Livenation.se

I had the pleasure to shoot these guys last year in Munchenbryggeriet here in Stockholm in a sold out show. Click in the link below to see the full material . 🙂

In the meantime here’s a link of their latest release “Let me down easy”, first released track of their upcoming album. 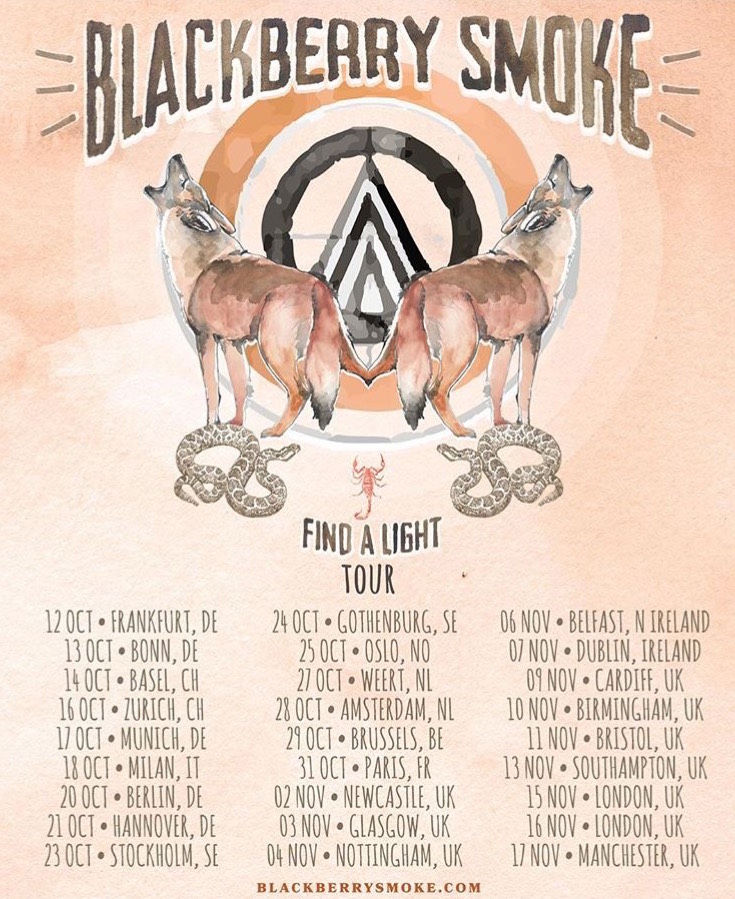